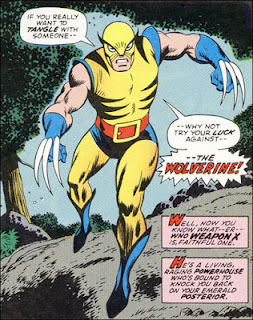 I don't think I need to bother detailing the immense popularity of Wolverine.  He's the only X-Man to sustain a solo book for 20 years, appear in multiple team books on a monthly basis, and even appear in his own feature film.  Indeed, since the success of the X-Men films in the last ten years, the entire X-Men franchise has been reconditioned to revolve around him.  It is not uncommon to see books and cartoons titled "Wolverine and the X-Men".  So, how does Wolverine relate to the sexual subtexts of the X-Men?  Interestingly enough, I think he is the epitome of sexual frustration that goes along with puberty, being an x-men, and indeed the very concept of "being a man".

The two defining aspects of Wolverine are his violence and his romantic relationships.  His character is often  presented as being an old man, a mentor, or a warrior seeking peace of mind or forgiveness.  His mutant powers give him a much longer lifespan than the average human being, or mutant for that matter.  Though he may be older than the average X-Man (in theory they are teenagers), due to his mutant powers he can still metaphorically be considered an adolescent.  Her certainly exhibits adolescent tendencies, particularly in his love life. 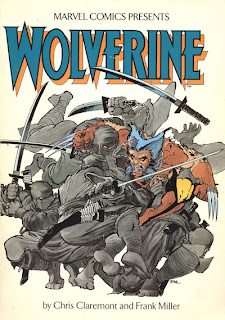 Wolverine is completely masculine.  He is pure machismo and has no feminine qualities, though he will periodically try to learn them.  Wolverine is born out of the no nonsense, stop pussy footing around, be a man and get things done attitude that became very popular in American heroes after the Viet Nam War.  He was used as a contrast against Cyclops, who often struggled with the weight of responsibility that came with "being a man".  Wolverine had no such struggle with the concept and this was meant to be his weakness.  He embraces his masculine qualities with joy.  He's violent, insensitive, impulsive, stubborn, and emotionally stunted.  Over the course of the years he's grown to improve or subdue some of these various qualities, but Wolverine's story of redemption is constantly struggling with these demons. 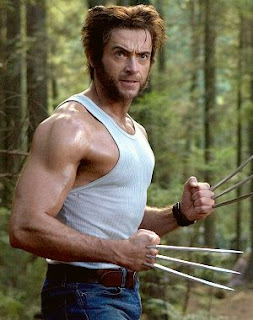 As I say, as a result of being 100% masculine, Wolverine is consistently shown to have nothing but failed long term relationships with women.  I was going to make a list of all of Wolverine's past romantic relationships, but the task proved much too difficult.  Fortunately, his vast network of fans have already compiled such a list.  Looking through the list, you will see many names you recognize.  Though the lists also contains a lot of one night stands and in some cases joke or dubious hook ups, you will notice a repeating theme with all of Wolverine's love interests, particularly with the characters from larger stories or long term relationships.  The women Wolverine loves are either killed as a result of his ties to violence, or have rejected him as a result of him being an emotionally incomplete person. 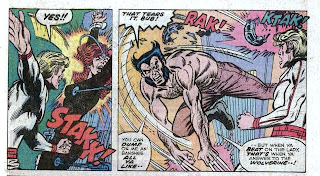 To me, this perfectly encapsulates the turmoil of a teenage boy who is growing into a man.  Wolverine's powers allow him to heal from nearly any wound.  Physically, he is a peak man, strong and confident, not conventionally handsome but containing a musky mystique about him (sorry Mr. Jackman, you're too pretty).  He endures physical pain with an amazing stoicism and repeatedly accepts the responsibility and sacrifice that is expected of him.  Unfortunately, the one wound his powers can't heal is a broken heart.  Wolverine is often in spiritual turmoil, unable or unaware of how to deal with his emotional distresses.  As a result, he is in a constant state of sexual frustration, never able to find true love. 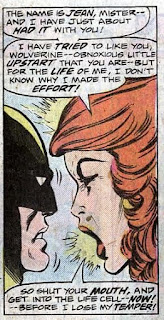 Wolverine's failed relationships are epitomized by two characters, Mariko Yashida and Jean Grey.   Mariko became the head of a Yakuza clan after Wolverine killed her father in an attempt to prove himself worthy to wed her.  Later, Mariko was poisoned and Wolverine was forced to mercy kill her.  Wolverine can't seem to separate his violence and his romance.

Conversely, with Jean Grey, she frequently wanted nothing to do with him, despite his being overprotective of her.  Through time, they developed a deep friendship, but more often than not Jean made it clear that Wolverine was not her idea of a suitable mate and that there were better candidates around.  Yet, he still pined after her, even questioning his own sanity for doing so.

If I had to psycho analyze Wolverine, I'd say he is sexually attracted to violence, or at least incapable of separating the two in his mind.  There was a short story written and drawn by Rafael Grampa that appeared in the recent anthology Strange Tales 2.  The story, titled Dear Logan, casts Wolverine and his enemies as professional wrestlers who kill each other in the ring to the cheers of the audience.  Wolverine receives a "Dear John" letter from his lover, explaining why she is breaking up with him, namely that he is a violent person who is using her as another outlet for violence in their masochistic relationship.  It is one of the single greatest Wolverine stories I have ever read and manages to completely sum up the character in 8 pages.

Wolverine started as a fairly superficial trouble making character, but very quickly grew to the deep analysis of young men, violence, and romance that he is today.  It is no wonder that he is now the face of the franchise.