Dogtown "US vs them"

I have remained relatively silent on the subject of the recent civil unrest involving the lack of grand jury indictments against killer police officers and the racial tensions that have fallen out of that.  Anyone who knows me, of course, knows that I am outraged by these recent events.  I have not said much about any of the specific events for various reasons, the biggest being I'm just not much of an outspoken social media person.  Instead, I prefer to put my opinions in my comics.

For the last two years, I have been running a series called Dogtown in my self published science fiction anthology book, Science Hero.  Last Spring, we put out the third issue containing a Dogtown story titled "US vs them".  I'll spare you my retrospective and self deprecating personal criticisms I have for my own work, and just say that it sums up my feelings on the state of law enforcement in America today.  (And of course, Chris McJunkin, who does 100% of the art for Dogtown, delivers stunning work as always).

I've also been hesitant to post this comic because I don't want to appear to be capitalizing on other people's misery, but in the end, I think these media stories are becoming all too common, which is why I try to write about them in fiction.

Here is the complete 9 page "US vs them" story.  You can download full copies of Science Hero at my website, newhavencomics.com.  Chris and I are currently working on the fourth installment of Dogtown, titled "For Your Own Good" and should have it ready next Spring. 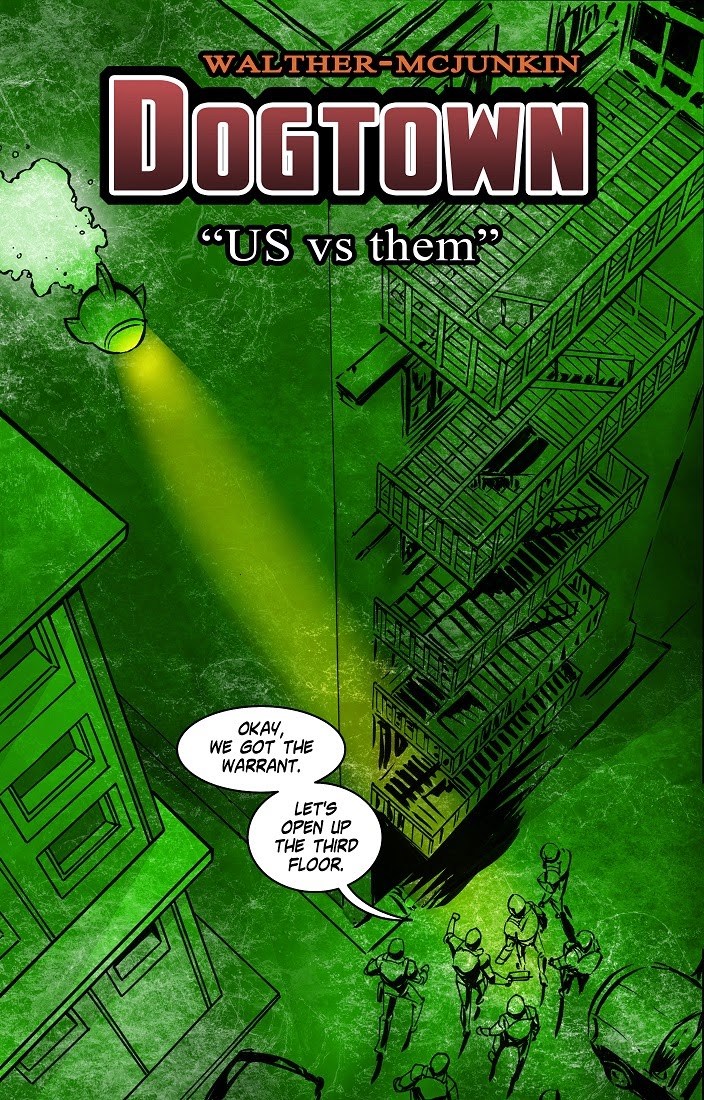 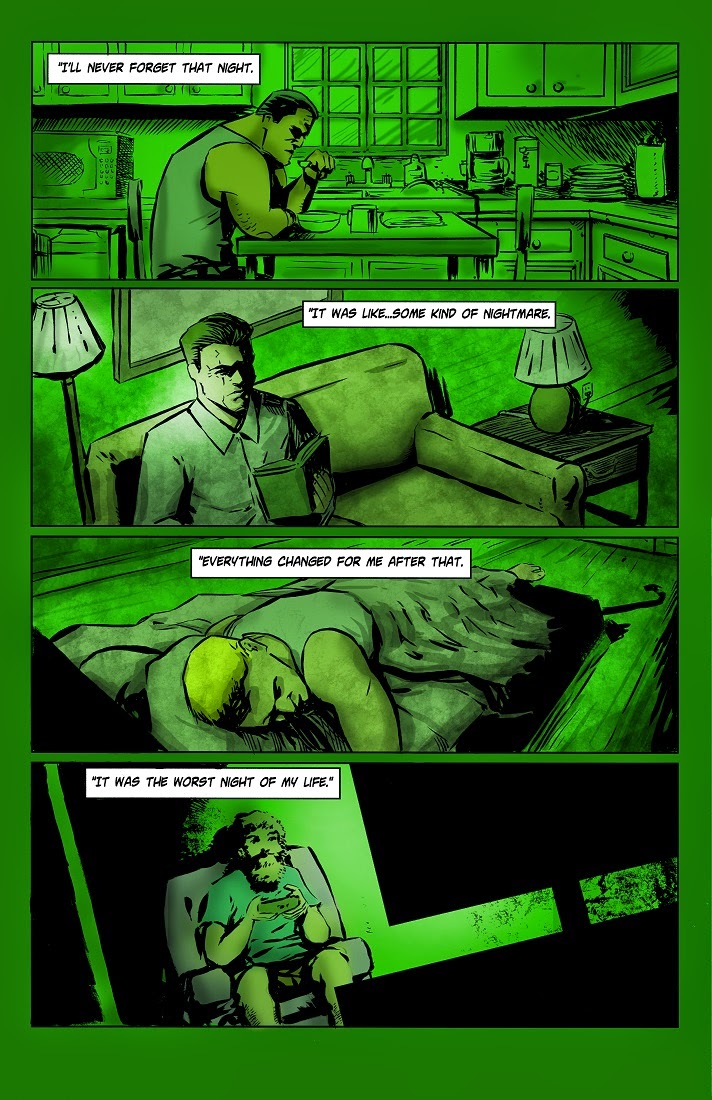 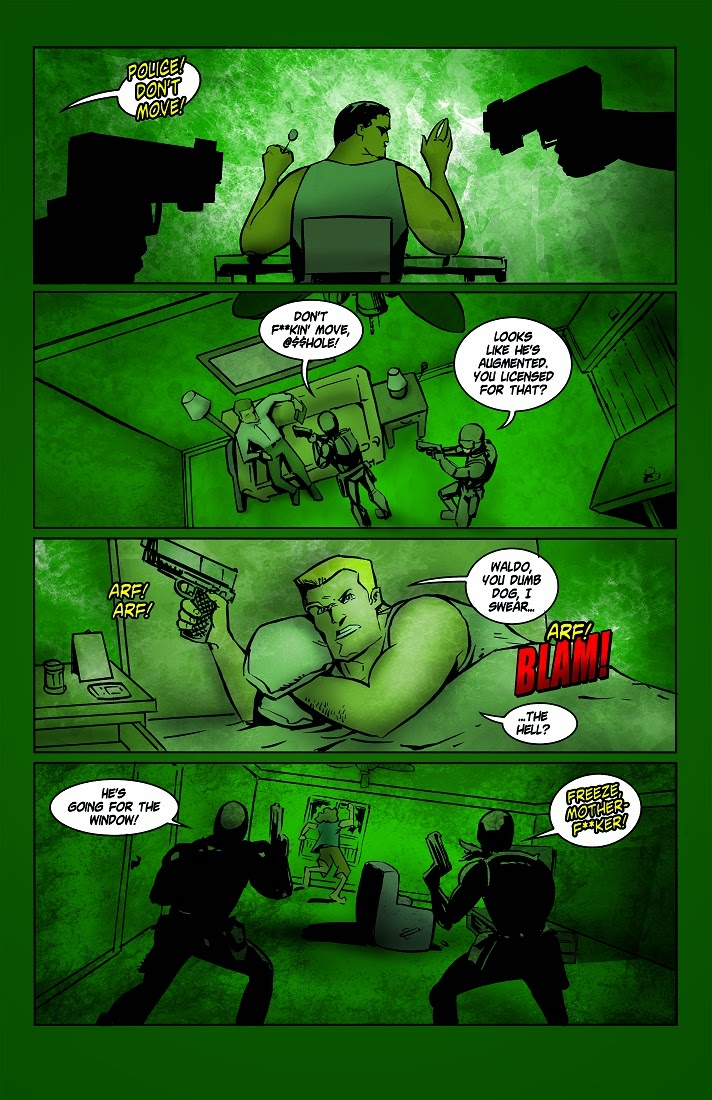 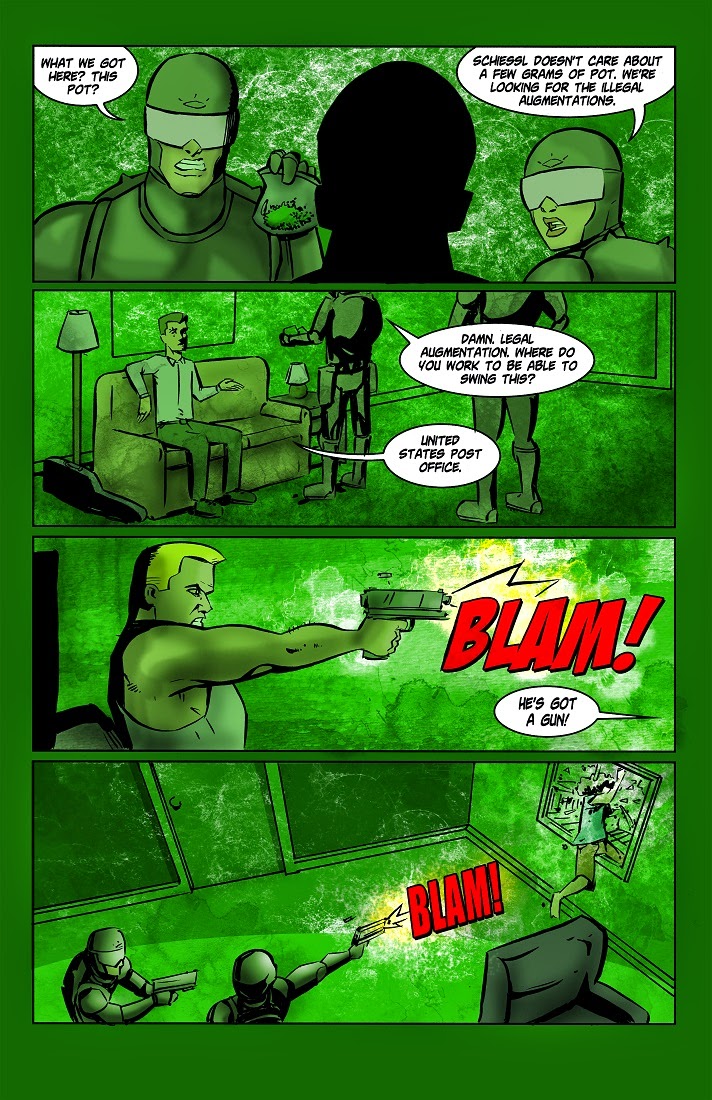 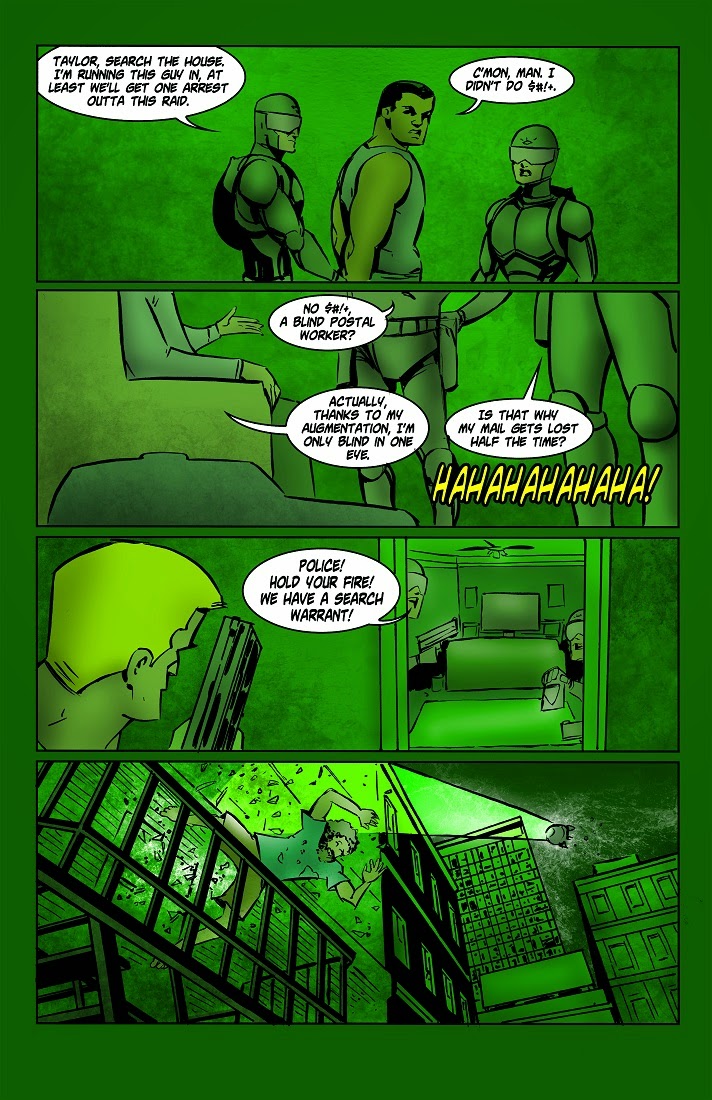 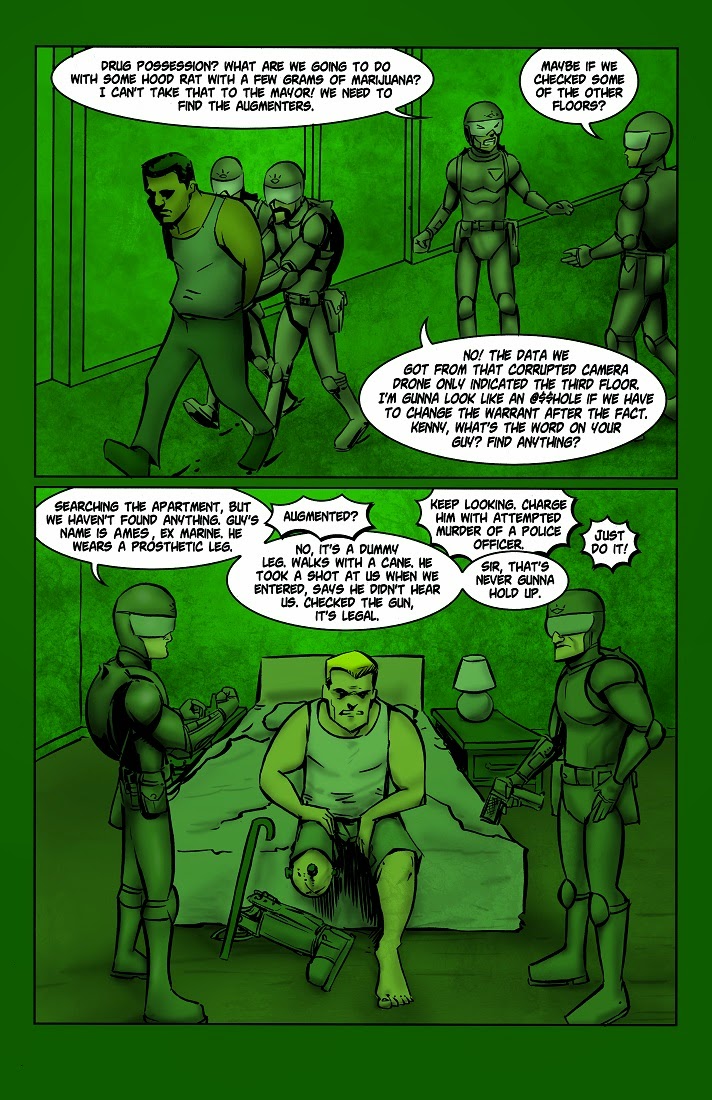 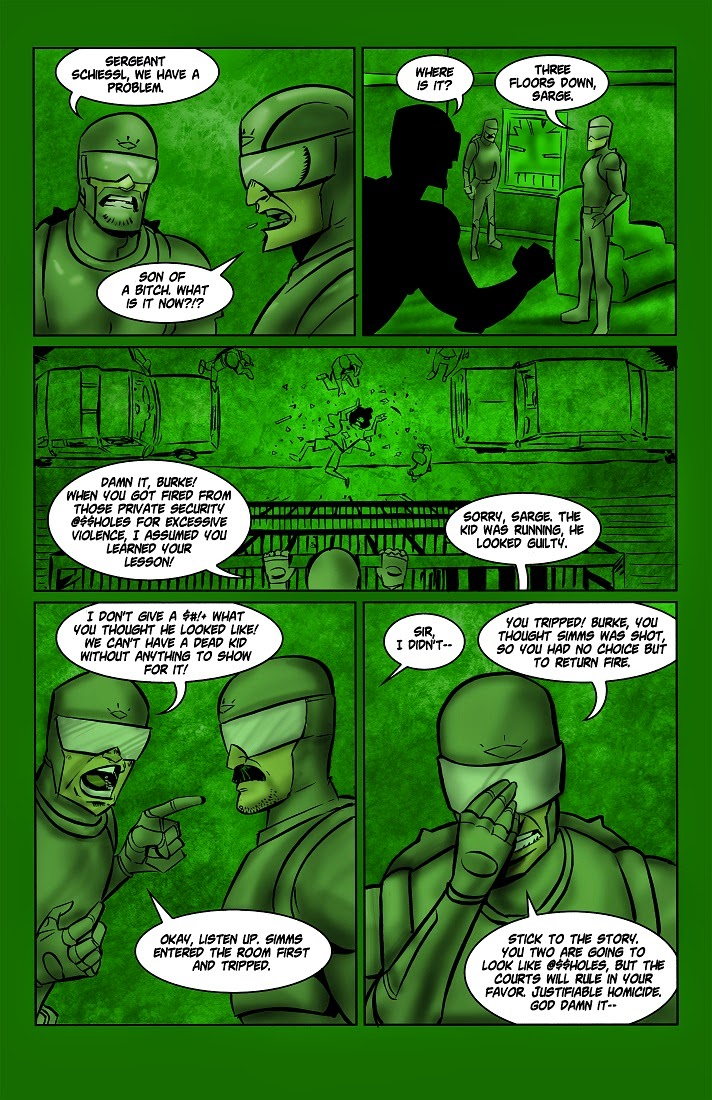 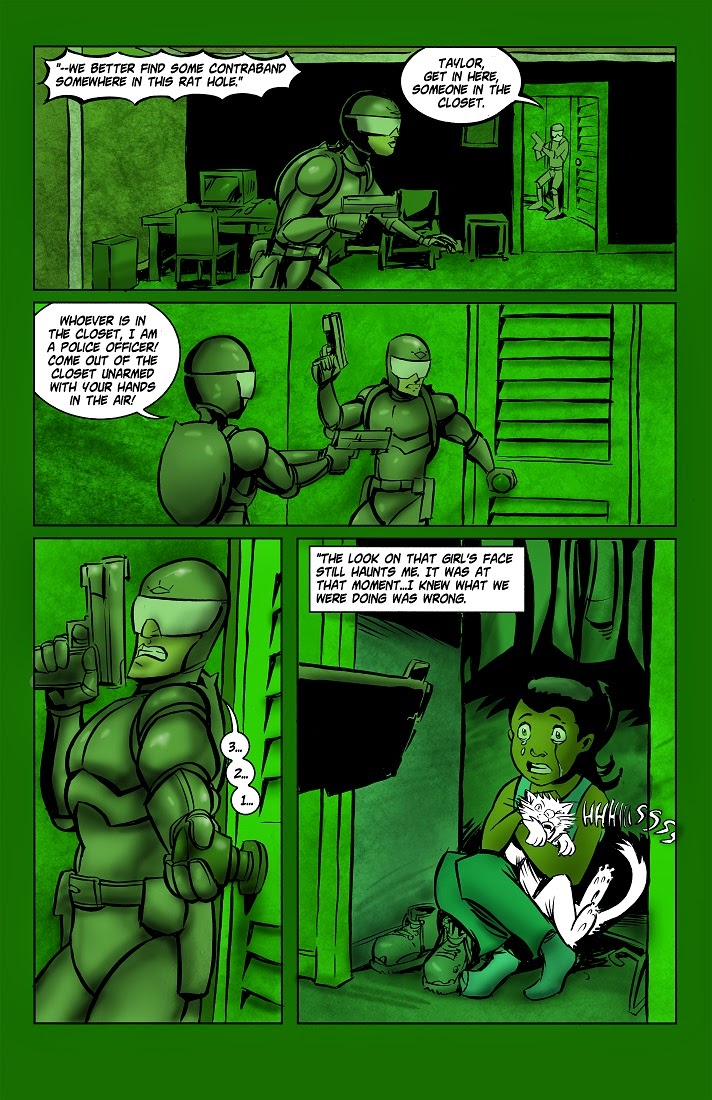 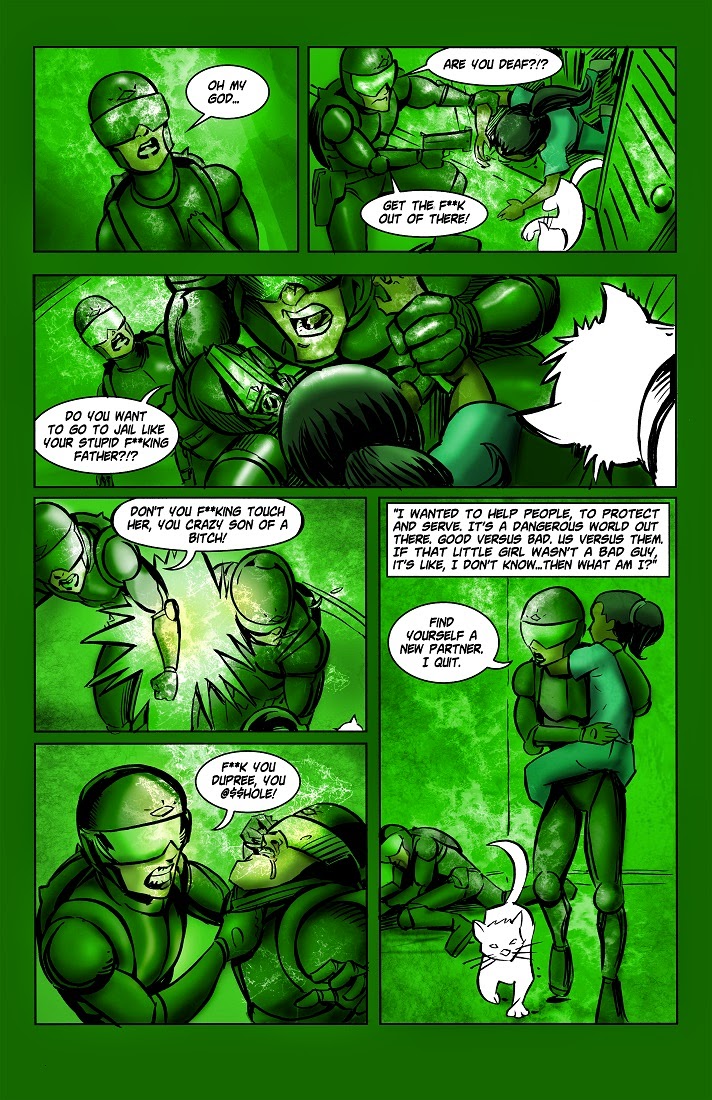